Change Habits with Intention and Awareness 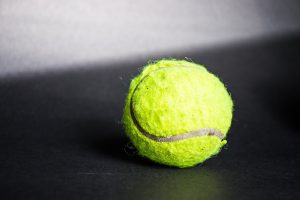 When a coaching client struggles to make progress toward a goal, one of the first tools we apply is what I call “Awareness Work.” As we become more aware of how things are, we can learn a lot about how and why progress is slow or stalled. Instead of unconscious and habitual reaction,  we learn to observe and understand our thinking and behavior.  From there we can make choices about how we prefer to respond to challenges and obstacles. Over time, with less reactivity and more awareness we can shift toward our better intentions. This is a practice. It takes time and is best done with support which is why coaching is an ideal medium for it.

Tennis coach and author W. Tim Gallwey puts it this way: “Before you try to change something, become more aware of the way it is. Awareness itself will cause the change if you’re clear about the desired outcomes, and you don’t try too hard.”

I think there is real wisdom here especially for those of us who tend to rely on action and “over-effort” our way to success, or for those of us stuck in unconscious habit and reactivity.

For example, a client wanted to improve her ability to estimate time for completion of projects. She had an unconscious habit of promising delivery within the next few days or by the end of the week without consulting her task list or calendar. She started by automatically doubling any time estimate that she made in the coming week. Later, she learned to say, “I’ll get back to you with an estimated completion date” so that she could consult her calendar and task list before making a commitment.

Progress does require action and effort but we must also have an intention or goal that we’re moving toward and awareness of “the way it is” now. Coaching helps clients define their intentions and develop awareness. With these tools, clients can get “unstuck” and progress where they previously struggled and stalled.

To learn more about changing habits with intention and awareness, contact me for a free 30 minute consultation. To schedule, call or e-mail me at 503-734-7232 or heather@tcbcoaching.com

Photo by JK Sloan on Unsplash

About the Author: Heather Decker, JD

Heather Decker, JD is a productivity coach based in Milwaukie, OR. With over 20 years in the legal profession as a lawyer and law firm manager, she coaches lawyers and facilitates law firm retreats focusing on productivity, profitability, operations and business development.